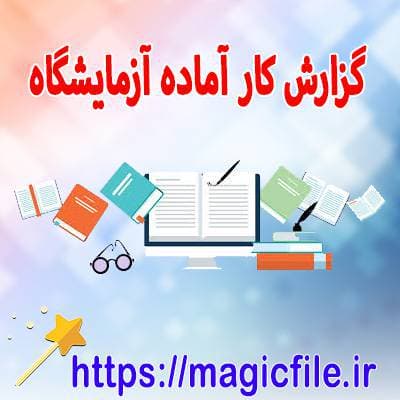 Short description and download linkDear researchers, today we have put a ready-made work report about the basics of electricity laboratory for you to download. We hope you are satisfied, dear ones. To see more details, read the following text.

Dear researchers, today we have put a ready-made work report about the Electricity Basics Laboratory for you to download. We hope you are satisfied, dear ones. To see more details, read the following text.

Experiment 1: DC motor with independent excitation
Load test:
Purpose of the experiment:
1. Obtaining Messi's losses
2. Obtaining the input and output power of the motor
3. Obtaining engine efficiency
Experiment theory:
To make a DC motor with independent excitation, we need to make two circuits. To do this, we need an Rf resistor, a DC motor with Ra resistor, two power supplies, and a number of interface wires. To get Vf, Va we need two ammeters and a voltmeter.
Now we can close the armature circuit first or the excitation circuit, we start from the armature circuit.

Experiment 2: DC motor with shunt excitation
Pregnancy test:
Purpose of the experiment:
1. Obtain the characteristic distance curve in relation to the load (K)
2. Obtain engine speed adjustment percentage
Experiment theory:
The construction and use of direct current motors with independent excitation was expensive because these motors need two power supplies, so the manufacturer thought of building a motor that has both better performance and lower cost. The manufacturer realized with a little thought that if the power supply of the motor circuit is used to power the excitation circuit, his problem will be solved and instead of using two power supplies, he can achieve his goal with one source and incur a lower cost. Be.

Experiment 3: Direct current motor with series excitation
Pregnancy test:
Purpose of the experiment:
Obtaining the characteristic distance curve relative to the load (K)
Obtain engine speed adjustment percentage
Experiment theory:
In the previous experiment, we examined the direct current motor with shunt excitation. And we got acquainted with its characteristics, now we will examine the direct current motor with series excitation. The characteristics of this motor are completely different from the shunt excitation motor. It should have a low winding and a large cross-sectional area, and since the torque obtained in the motor is proportional to the product of the armature current Ia and the If wind current (If * Ia ∝ T), the armature and the winding are placed side by side if = Ia So Ia2 ∝ T.
As mentioned above, in a direct current motor with series excitation, the wire length must be low and the cross section must be high, so we cannot increase the number of wire turns and increase N. According to the relation If * N = Q, both the number of revolutions and the current must be sufficient to generate the Q required for excitation. Because we are not able to increase N, we must compensate for its deficiency with current and we must increase the current to create the Q required for excitation. So the magnetic field is generated by the current passing through the armature coil.

Experiment 4: Direct current motor with compound excitation
Pregnancy test:
Purpose of the experiment:
1. Obtain the characteristic distance curve in relation to the load (K)
2. Obtain engine speed adjustment percentage
Experiment theory: In series motors, due to the reduction of load, the motor speed will increase and cause the motor speed to go out of the nominal range, so to eliminate this defect, by adding shunt excitation and closing it properly, we will strengthen the series field. Engine mode is called extra compound. The series field coil can be closed so as to produce a magnetic force opposite to the magnetic force of the shunt coil. In this case, the motor is called a defective or differential compound. This type of engine has little use due to its tendency to instability.

Experiment 6: Direct current generator with shunt excitation
Pregnancy test:
Purpose of the experiment:
1. Obtain the voltage characteristic curve relative to the load current (IL) f = V
2. Obtaining the percentage of shunt generator voltage regulation
Experimental theory: DC generators with independent excitation are not cost-effective and costly for us due to the need for a separate power supply. By removing this power supply and connecting the coil as a shunt to the generator, we can use the generator output voltage to create a flux () in the shunt coil. And this is why these types of generators are preferred to independent excitation generators.
It should be noted that the generator by self-excitation to generate voltage requires the presence of magnetic waste that this magnetic waste is present in the body and metal parts of the car, this magnetic waste is so important that if this waste does not exist, the generator can It will not produce voltage. When the generating armature starts to rotate, the induced field due to the magnetic residue is cut off, causing a low current to flow in the excitation coil, producing a stronger flux () in the excitation coil.

Experiment 7: Familiarity with three-phase AC / AC star / triangle connections
Pregnancy test:
Purpose of the experiment:
1. Familiarity with the connections and relationships of three-phase alternating current star / triangle systems
2. Comparing current and voltage of phase and line and calculating the apparent power in star / triangle mode
Experimental theory: Phase means three windings. Three windings are called three-phase. Systems that have more than one voltage are called multi-phase systems, and the most common of them is the three-phase system, where the voltages of each phase are similar to each other. 120 degree electrics have phase differences.
In the previous sessions, we learned how to produce voltage by generators. Now, how should we deliver this output voltage to the consumer?
Alternating current generators located in dams or alternating current generators that generate electricity by consuming fossil fuels all have to produce very large currents in order to be able to deliver this current to the consumer because the generators are very far away. Are consumer.
This huge current must be transmitted by thick wires, which cause a lot of losses and consequently a lot of heat.

Experiment 8: Investigation of direct current constant power supply
Pregnancy test:
Purpose of the experiment:
1. Obtain the voltage characteristic curve relative to the load current (IL) f = V
2. Obtaining the percentage of constant power supply voltage regulation
Experimental theory: Due to the fact that power supplies have internal resistance, so by connecting the load to them and pulling the voltage drop current due to its internal resistance reduces the applied voltage to the load, which limits the use of sources due to the load. Creates .
Test description :
Power sources are divided into two categories: fixed sources such as batteries and cells and rotary sources such as AC and DC generators.
In this experiment, we examine the direct current constant power supply:
We know that the material of the battery is an internal resistance, and the better the material of the battery, the less this internal resistance will be, and the worse the material of the battery, the more this internal resistance will be.
To make an ideal battery (a battery whose internal resistance is very low and even close to zero) we have to spend a lot of money because in the battery we have to use special alloys such as gold, etc., which cost us a lot. It is and it is not reasonable for us to use these alloys, so to reduce costs, we should use other alloys that require less cost, using these alloys will increase the internal strength and reduce the quality of the battery.
We know that the more charge we add to the battery, the more current is drawn from the battery.
Increase current = increase load
The more we increase the load on the battery, the more the voltage across the battery will drop, due to the internal resistance and the large current drawn by the battery. To fix these problems, we are not able to make changes in this source (battery) because we incur a lot of cost, so our consumers must be made in such a way that the voltage drop does not cause problems for them, that is why consumers We work on several voltages.
In the laboratory, to simulate and study the behavior of a direct current DC power supply at different loads, we do the following:
Remove the number one wire and connect the positive end of the power supply to one of the ammeter connectors, and with the other number two connector, connect the ammeter to a variable resistor.

Dear ones, you will be happy. If you have any suggestions about the work report of the Basics of Electricity Laboratory, send us your suggestion from the comments section. 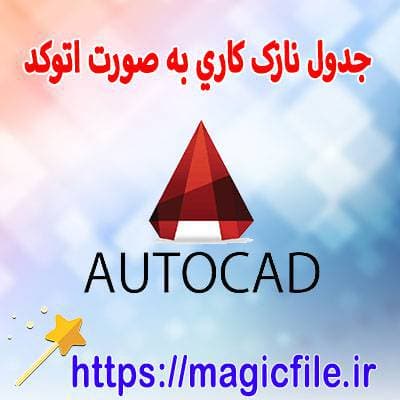 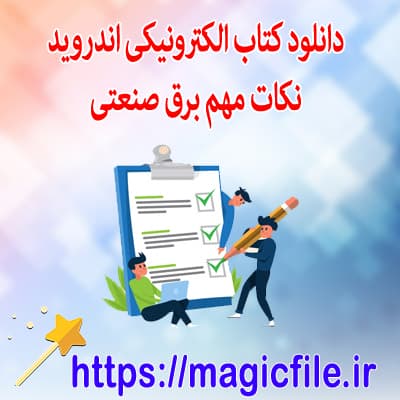 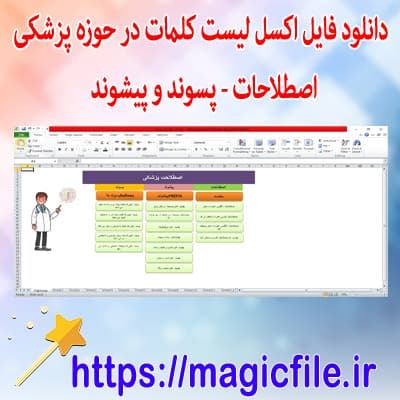